Berimbau is a unique musical instrument which is an essential piece in capoeira roda. As Brazilian masters said: “Berimbau é dono da roda de capoeira” (Berimbau is a host of roda).

There are three types of berimbaus:

The berimbau has the following elements: 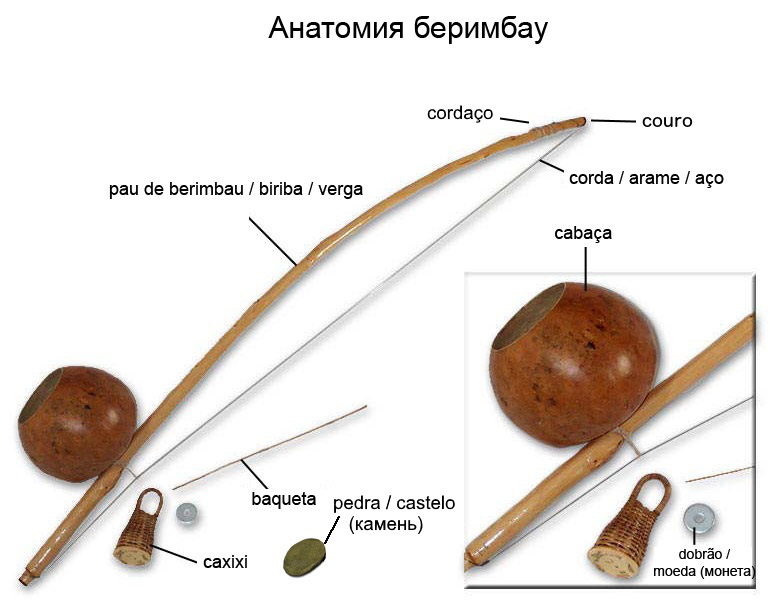